Exciting news from the D23 Expo! No, I didn’t attend last weekend’s convention in Anaheim, California, but after following the announcements from several official sources (maybe in 2017 I can finally make it to California?), I am enthusiastic to share some news and links to recently unveiled concept artwork.

Some long-awaited announcements, specifically regarding the future of Disney’s Hollywood Studios, were made at the expo.

Concept artwork for the envisioned Star Wars and Toy Story lands were displayed to eager audiences at the semi-annual convention…wish I could have been there to see it first hand!

Two significant attractions will be included in Star Wars Land, in addition to merchandising and dining locations to enhance the experience for Star Wars fans.

No timelines were announced for the redevelopment–but given the level of detail that the Star Wars attractions will entail, it’s likely to take several years until completion–some are estimating a grand opening of 2021 to coincide with Walt Disney World’s 50th anniversary.

In the meantime, fans will have some meet and greets and other exhibits to look forward to beginning at the end of this year. The Star Wars Launch Bay will be set up in the Animation Courtyard to showcase plans for this ambitious project (Disney’s answer to The Wizarding World of Harry Potter?), and highlight the upcoming film trilogy. Check out more details from the announcement here.

To bring some much needed child-friendly attractions to Hollywood Studios, Toy Story Land will include a family coaster themed to Slinky Dog and a green alien saucer spinner. You can check out the official concept artwork here. I think the theming of Andy’s backyard adventures really has an opportunity to shine.

I would expect Toy Story Land to open well before Star Wars Land, because despite the heavy theming, the new area’s attractions appear to be less complex.

Overall, this will be a welcome addition to a park that has been in need of some major improvements. I’m optimistic that further announcements will still be made.

What do you want to see at Disney’s Hollywood Studios?

I haven’t put on a pair of running shoes in a long time. Not even to tour the parks at Disney World, not even for a walk around the block. 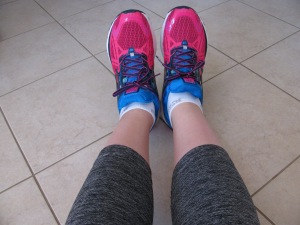 Picked up these Brooks from the local Running Room. Feels like walking/running on air!

This past week I laced up for the first time in forever, and set a new goal for myself: to run a half marathon. Not just any half marathon, of course.

The Disney Wine and Dine Half Marathon.

It’s a weekend event, with a half marathon, 5K race, fitness expo, and pre- and post-run events.

It’s part of RunDisney, which organizes several races throughout the year on both coasts.

Most people who know me, know that there’s no better way to motivate me to do something (whether its saving money, or getting active) than to drop the word “Disney” in there.

So I made my way down to the local Running Room (which provided amazing service, btw) and picked up these gorgeous Brooks. Next, I plan on signing up for a 5K that will take place on a local waterfront trail.

After one week of starting to ease into running (60 seconds of running and 90 seconds of walking), I’m feeling good–and super excited about this journey!

I want to know–what motivates you to get active?

I love the nostalgic feeling I get from Disney Vacation Club’s new Polynesian Villas and Bungalows. The dark woods, tiki accents, Mary Blair-inspired artwork and Lilo and Stitch pull-down trundle bed makes me wish the Poly was my home resort!

Check out the video below for a look at the new studios that sleep five.

The Polynesian’s dining options are exceptional, with Kona Cafe and ‘Ohana in short list of favourite Disney restaurants. Plus, this year Trader Sam’s Grog Grotto and Tiki Bar opened its doors, and it promises to be a great option for an evening out.

The resort also a short monorail ride from Magic Kingdom and a brief walk from the Ticket and Transportation Centre (with easy access to the Epcot monorail).

What do you think of the tropical touches of Disney’s Polynesian Villas and Bungalows? Let me know in the comments below.

We will be hearing those magic words on our next Disney vacation, because on our last trip to Walt Disney World, we became members of the Disney Vacation Club (DVC). 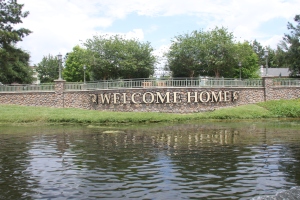 Heading to the DVC Centre at Disney’s Saratoga Springs Resort and Spa.

This decision took us a long time to make–it’s a huge commitment–but at the end of the day, we know that whether we visit every year or every three years, we will see the value in it. Especially as prices continue to rise at Disney-owned resorts.

DVC can make sense if you are looking to vacation at Disney often. Membership (whether you purchase resale or direct from Disney) comes with some perks, including discounts on dining, merchandise, and sometimes park admission.

We were able to purchase our points at the Villas of the Grand Floridian (VGF) before they sold out in mid-April. I’m so glad we did, because the small size of this resort can make booking difficult if you don’t have the home resort advantage.

The overall purchasing experience was relatively low-pressure and, dare I say, fun. We also received a $50 Disney gift card just for taking the “tour” at the DVC Saratoga Springs Resort and Spa sales centre.

So, what’s next for DVC? The Polynesian Villas and Bungalows are currently being promoted as the new hot item (more on that later this week). Rumour has it that Wilderness Lodge will receive more DVC units in the near future, with the possibility of over-the-water cabins being developed in the next few years.

Have you ever considered DVC membership? Let me know what your thoughts are in the comments section below.

Changes to Disney’s Hollywood Studios (DHS) have been a long time coming. Earlier this year one of the biggest changes to date took place–Mickey’s sorcerer hat was removed from Hollywood Boulevard–and the Earful Tower has once again claimed its place as park icon.

Now a new report is outlining just what changes are coming to DHS, and it has the internet buzzing. 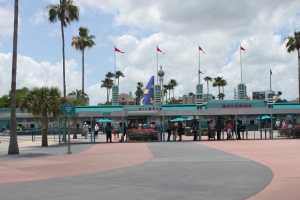 Rumours have been swirling about DHS upgrades for years. Photo circa 2013.

Rumour is that DHS will see a $3 billion investment, and that Disney will expand its Star Wars presence in the parks.

In addition to the long-awaited Star Wars expansion, an Indiana Jones themed area may be developed (hello, Lucas Land?)  along with an extension of Pixar Place. Construction of a third Toy Story Mania track has already been confirmed.

Many attractions have already closed–or are scheduled to be closed in coming weeks. The park, already branded by some as a “half-day park” is relying on Frozen Summer Fun to bring crowds during this transitional period.

It’s speculated that news on the park’s redevelopment will be shared at the upcoming D23 Expo, taking place in Anaheim from Aug. 14 to 16.

With all of these changes coming to DHS, a name change would seem appropriate given the theme of filmmaking and working film studios has all but diminished. Some say that all that will be left from the early DHS days will be the Twilight Zone Tower of Terror, Rock n Roller Coaster, Toy Story Midway Mania, the Great Movie Ride and Star Tours.

The rumoured front runner for a new name? Disney’s Hollywood Adventure. That gives me optimism that Disney will keep the beautiful 30s-era theming, and work it into their new vision for the park.